What is the role of universities in levelling up the UK?

Universities do and can make significant contributions to all of the government’s suggested six capitals in the Levelling Up White Paper – even if policymakers fail to recognise them, say Jonathan Grant and Andy Westwood.

What is the role of universities in levelling up the UK?  You might be forgiven for thinking not much if you read commentary on the much anticipated and belated Government’s White Paper on Levelling up the UK, published in February 2022.  In a document of 100,000 words, although universities are mentioned 105 times, it’s hard not to feel that most of the analysis and policy prescription lies elsewhere.  But to be fair that is more than further education (4), the NHS (21) or the police (30) – but less than schools (137).  The trouble is the document does not really land an inspiring vision of how universities could in fact be one of the main drivers for the regional rebalancing and regeneration so desperately needed in the UK.

This is a pity as experience in the US and the Netherlands illustrates how universities have transformed cities such as Pittsburgh and Eindhoven.  In their 2018 book, The Smartest Places on Earth:  Why rustbelts are the emerging hotspots of global innovation, van Agtmael and Bakker argue that these and similar cities have suffered economic decline and deprivation as old industries have closed (hence ‘rustbelt’) but have begun to reposition themselves, often in partnership with local universities, as high-tech centres relying on a set of new values.  “The brain belt phenomenon involved connecting people in a process (brain sharing) as well as connecting the digital world of IT, data analytics, and wireless communications with new and old ways of ‘making things’ to create new technologies and products.” This means universities “should not be an ivory tower but rather an open source of knowledge and a connector among the public and private entities.”

The omission in the White Paper of an explicit central role for universities in levelling up is a great pity as most – but critically not all – cities and regions have universities.  Universities themselves are active in pursuing a ‘civic agenda’ and the overall economic impact of universities nationwide is estimated to be over £95 billion.  At the same time, given the negative rhetoric and realpolitik currently surrounding universities, the government’s omission is perhaps to be expected and not by chance.

Nevertheless, the White Paper does provide the higher education sector a framework to explore and optimise its contribution to levelling up the UK.  Interestingly the government identifies ‘six capitals’ – physical, human, intangible, financial, social and institutional – that it describes as individually important but “their real significance comes in combination, when they act in a mutually reinforcing fashion as in Renaissance Italy or in the UK at the time of the Industrial Revolution. The sum of these factors is then greater than its individual parts.” (It is worth noting that the Bennett Institute developed a similar framework for defining the wealth of the economy, but uses ‘natural’ and ‘knowledge’ capitals instead of ‘financial and ‘intangible’ capitals.)

Universities do and can make significant contributions to all of the government’s suggested six capitals even if policymakers fail to recognise them.  The impact on human and intangible capital is self-evident – through their core education and research missions – although neither are without criticism.  More for example might be done about low education and skill levels in a particular place or low levels of innovation and applied research in a local economy.  But much less thought through are university contributions to the other capitals – physical, financial, social and institutional -which can have both positive and negative impacts on local communities.

Take for example the physical infrastructure.  Whilst universities either have grand-old civic establishments or brand-new designer buildings they often sit behind the metaphorical ivory wall, with local communities not having access or feeling welcome.  The presence of a university in a community has for a long time been perceived to have negative impacts on, for example, local housing and ‘town and gown’ tensions.  Oswald, in her 2012 paper on the policing of prostitution in Cambridge in the 19th century, cites the diary of Josiah Chater, a local draper, who in 1846 noted a demonstration in the Market Square against the borough police by crowds of undergraduates: “The Proctors and Masters were all out, but to no purpose … gownsmen threw glass bottles on to the townsmen’s heads, and water and stones, which so enraged the townsmen that they went to all the colleges and smashed the windows to pieces.”

More positively, however, a number of universities are using their financial capital to contribute to local economies when building these physical infrastructures.  One example is Northern Gritstone, a new investment fund established by the universities of Leeds, Sheffield and Manchester.  It seeks to raise up to £500m to create one of the largest dedicated investors into the commercialisation of university science and technology in the UK.

This initiative brings together both financial and intangible – or knowledge – capitals.  It is an attempt to attract investment into the cities across the North that tend to underperform European and North American counterparts in productivity and in R&D.  However, it would be a mistake to assume that it is only the institutions that we describe as research intensive that are doing this.  In Teesside, the Net Zero Industry Innovation Centre (NZIIC) is a new innovative £13m facility, backed by Ben Houchen, the Tees Valley Mayor and part of the region’s innovation strategy to position Teesside at the heart of the UK’s green industrial revolution.  In Wolverhampton, the University’s National Brownfield Institute is bringing business and research together to improve physical infrastructure, including housing across the West Midlands and beyond.  Furthermore, these are universities in the Black Country and in the North East, where their institutional impact is often more significant to their local economies.  They are contributors to their regions’ human, intangible, infrastructure, financial and institutional capitals.  In such ‘red wall’ locations it might have been more obvious to the policymakers who drafted the White Paper.

Perhaps less developed are ideas around the social and institutional capitals for universities.  How does a university help create and support trusted communities?  And from that, develop and support local leadership?  Such an ask may be tainted by the ‘town and gown’ tensions described but it is often amplified by that lack of active listening on behalf of the university.  Citizens UK is one of many community-based organisations that uses the techniques and approaches of social movements to create tangible change at the local level.  By listening to local communities you can identify unseen or unheard injustices that are relatively easy to address, such as improving local infrastructures, providing parental support and improving access to education, in all its forms.

Universities have two roles in organising:

The first is by working with local communities to listen to how they can best serve and support them, which builds up social capital with meaningful trusted relationships.

The second is to use their civic power to bring about social change.

For institutional capital, universities are key local organisations, that could do more to grow the collective institutional capacity of their places.  For example, in Manchester, the universities have supported the Combined Authority’s Independent Prosperity Review and the Mayor’s Inequalities Commission.  Most recently the University of Manchester has worked with the council and Further Education College in Oldham in an economic review of the town.  Manchester Metropolitan University and the University of Manchester have also helped to establish the Mayor’s Good Employment Charter.  In the West Midlands City REDI at the University of Birmingham have provided analytical capacity to the Mayor and the new devolved structures in the city region, sharing staff and applying expertise.  Today universities in both the West Midlands and Greater Manchester are supporting their regions’ intangible capital by setting up new innovation and technology bodies.

This is in addition to the ‘civic’ or ‘anchor institution’ role, where their role is often described in terms of economic impact, employing local people, spending in the local and regional economy and working strategically with other local institutions.  Taken together this enhanced approach building institutional capital is most critical to the fortunes of those places where, in the language of the White Paper (pg. xvi), the “endowments of these capitals are weak or depleted (and) places are unable to attract or retain talent, businesses are less likely to invest and innovate, civic institutions tend to lack capacity and capability, and pride in local communities is depleted. This vicious and self-reinforcing cycle in some places has seen a depletion of skills, businesses, finance and culture, with communities and town centres declining for decades. These cumulative forces – in some places positive, in others negative – have widened geographical disparities in the UK over time. Without policy action, they will continue to do so.”

What is missing in the White Paper is a focus on ‘natural capital’ as suggested through the Bennett Institutes’ programme on the wealth economy.  Nevertheless, it is clear that universities also make a contribution to this seventh area.  For example, the University of Edinburgh emphasises biodiversity as part of its social responsibility and sustainability strategy, stating that it will “protect existing biodiversity on campuses and enhance opportunities for biodiversity by taking a holistic approach that prioritises our interactions with wider communities of organisms, including humans, and dynamic landscapes”.  Given that some universities, and in the context of Cambridge, and Colleges have significant natural assets through land ownership this is perhaps an area that can be further developed in the future.

So in applying the Government’s six capitals to universities it is clear they have a central role in delivering on the levelling up agenda.  The fact that this is not necessarily recognised by government is more a reflection of their current thinking about universities than their ability to make change at a local level.  Given how often universities claim to be autonomous institutions, perhaps now is the time for them to collectively seize the initiative and work together to deliver these six capitals – independent of any government support or validation.  But there is also a key role for Government – either to directly recognise and support such an agenda, or at the very least to step back and stop getting in the way.

Jonathan is founding Director of Different Angles Ltd, a consultancy that focuses on the social impact of universities and research.  His main interests are in biomedical and health R&D policy,...

Andy Westwood is Vice Dean for Social Responsibility in the Faculty of Humanities and Professor of Government Practice at The University of Manchester. He is a member of HEFCE’s Strategic... 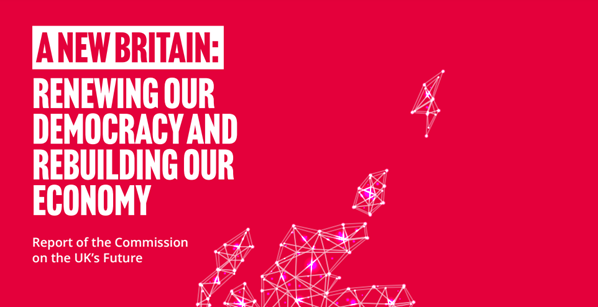 Is Labour’s vision of a New Britain any different to the Tories’ levelling up? 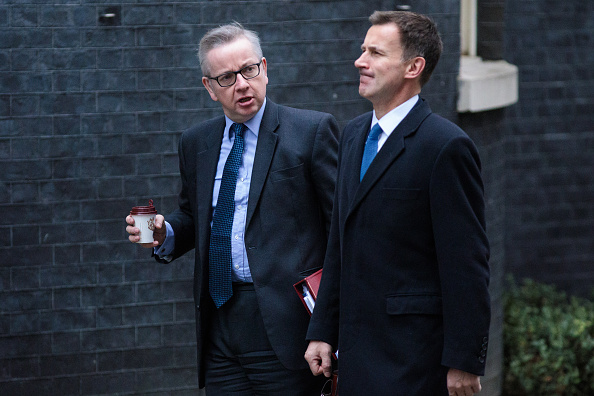 How much do people care about inequality? Is it the government’s job to make us happy?

Knowledge in nature: how nature can help grow a better future